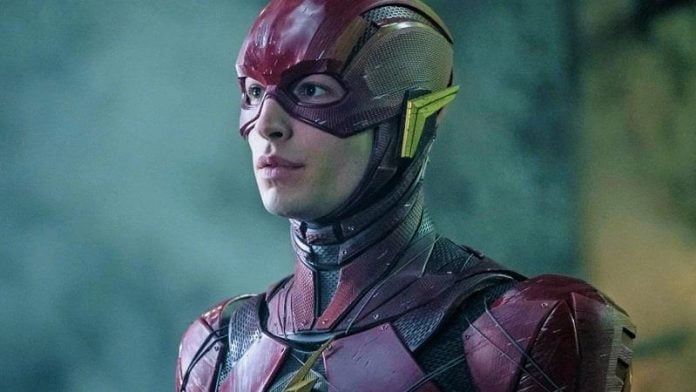 If you were hoping to get a brand new trailer for the Flash by the end of the year, which was rumored, as many insiders were saying, it would definitely be attached to the upcoming Avatar sequel, we got some bad news for you.

OK, so most of you know how this goes. When you have a film coming out that’s a big blockbuster, studios like to attach their trailers to it.

Naturally, this makes sense. Again, one of the biggest films of next year for WB Discovery, is the Flash. But again, before the Flash comes out, there’s a film called Shazam Fury of the Gods.

Ultimately, where does this leave the Flash? Well, if you just do basic math and as they’re stating, we’re not getting the Flash trailer this year, which again, makes sense. But there’s plenty of films to attach it to next year as you go Shazam in March.

And then, of course, right ahead of that, you have Antman Quantum Mania, which again, is a good film to attach

a Flash tray or two. So it stands to be reasonably acceptable fact, I would say. No, it’s just fact. It’s fact.

We’re not going to get a Flash trailer. Again, there’s still Esra Miller news that’s kind of muddying the waters this year. There’s all sorts of bad press in relation to WB and Discovery and they want goodwill, especially with James Gunn and Peter Saffron running the studio.

And they need to now take notice of what’s coming next and hype up that project and not the one after it. Again, I know people are going to question how are you going to market something in only three to four months?

But James Gunn has literally just come from that camp with Disney where that’s exactly what they do. They put the brunt of advertising literally in like the seven to eight weeks before the thing comes out.

Anything longer than that, you’re honestly just kind of wasting money on advertising, right? Like, why are you doing it? Why are you going to advertise this film six months out? It doesn’t make

sense when there’s so much other stuff you got to advertise, including your own content. So this, to me, checks out. Don’t expect the Flash trailer this year. Expect it early next year.