Is Disney plus going to add R-rated movies?

After the success of some more, let’s just say, adult content being added to Disney Plus, such as the Netflix series from Marvel and other age-gated content.

Disney has revealed that they are very much open to and will in fact be adding more R-rated films and TV series to the service.

It is really not surprising that Disney and this involves Marvel and Star Wars obviously would be looking at all the opportunities when it comes to storytelling, but also making Disney Plus a one-stop shop for everything they have.

Again, in some areas internationally you can already watch countless R-rated content on there. Again, the United States is different, but when it comes to other services around the world, there are different laws and things.

So it’s not surprising that we’re now hearing that due to the success of more adult content on Disney Plus, they’re considering adding more in the future and that they will be adding more now.

It just makes sense. Deadpool Three eventually is going to need a streaming home. Is Disney not going to put on Disney Plus just because it’s going to upset a couple of parents? Of course not.

They’re going to put it on there. We already know that they’re discussing making more adult-themed Star Wars and Marvel content. This has been something that

they teased as far back as a couple of years ago because, again, there is an outlet. There are specific stories that have to be told those ways, and there are specific characters that need a higher rating, Deadpool being one of them. Who knows what else. If they ever bring back the Punisher, they’re going to need something that’s more than PG-13. So this, of course,

See also  Why Steve Jobs Recommended a book To Everyone 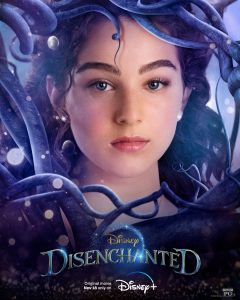 will allow them and set the tone appropriately for content coming down the road. And in my opinion, I don’t think they need to just let everybody run wild with it going, oh, you want to make Captain and the Winter Soldiers season two,

or whatever, right? If you want to make that R rated, go right ahead. That’s stupid, right? Like you don’t need it in specific projects. There’s no reason that there should be

something like a Seahawk season two with an R rating unless the creators really want it and need it and then it’s allowed. But I think this just allows them to flex their muscles a little bit more, and if a story really needs

it, then they can do it. My hope is that they assess every single project from the ground up and talk to the creators and then get a specific project that matches the rating.

We don’t need it to be R-rated just for the sake of being Rated. I mean, I know some people are dead set on if it’s R rated, it’s good. What? No, those two were all rated. It wasn’t that good.