Guardians of the Galaxy Holiday Special has a release date reveal

Guardians of the Galaxy Holiday Special has a release date reveal

Well, guys, the Guardians of the Galaxy Holiday Special has a release date. Well, unofficially, because a leak has revealed the actual release date and it’s not far off, we’re actually going to be getting it a month from right now. 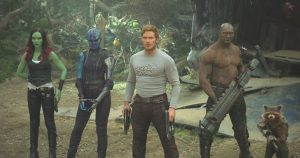 So the Guardians of the Galaxy Holiday Special will be coming at us on November 25. This is, of course, just a month away from right now, from today. And it means that obviously,

it’s hitting way before the actual, well, the Holidays Christmas, where it’s largely centered and based on because it’s like the missing Christmas story or wanting to give Peter Quill the best Christmas he can have since he’s missed so many on Earth. And at the same time,

this kind of makes sense. They’re dropping it right there during that Thanksgiving week. So this all really works in their favor. And it’s just a few short weeks after Black Panther Wakanda Forever,

which again, gives it a nice quick turnaround. And they’re not dropping it directly in December, where they’re going to want all eyes on Avatar Two. So things are sounding pretty awesome for Marvel as a whole in terms of rollouts and getting content out rapidly.

And hopefully, the Guardian Special is at least on par in terms of quality with what they

did with Werewolf finite. Because if it is, I think many people will be rather happy. So let’s all get excited and hopefully,

his thing ends up delivering the goods because I know many people will want to see what exactly the Guardians are going to feel like and what the story is like that’s slowly going to tie into Guardians of the Galaxy Vol three.

, which we know they said there is some connective tissue. So with the special a month out, that means is we should be getting something official wink real soon. So we’ll talk about that when it officially hits the net.