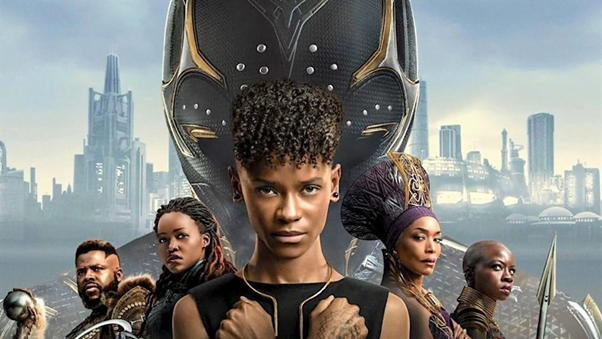 It’s time to pull out the good old Marvel Studios bingo card for things you didn’t expect for the studio to be able to pull off. And if you had Black Panther Wakanda Forever officially releasing in China on your bingo card, you secured, I would assume, a massive win, because it’s happening. Against all odds, it’s happening.

Somehow, Disney is able to pull this one off. Now, you guys probably know why this is one of those shocking moments, right? Again, it’s not just the fact that the film is literally going to be out on Disney Plus in just a matter of weeks, and also on Bluray and DVD, but the fact that it’s coming out on February 7,

when both will officially be out, and the fact that China approved it, is honestly kind of shocking. Now, again, I think most of you guys know how China feels about people of color in starring roles and posters.

It’s pretty much a giant, yeah, we don’t really like that here. And they try to hide it. And we’ve seen that with multiple posters for every international movie that gets a release in China. They literally bury people of color in the back or try to hide their faces and things like that.

And I mean, nobody suspected that this film, out of all of them, would be Disney’s return to China. But here it is. It’s kind of one of these things that makes you just really think about

what’s going on and what exactly is happening with the Chinese market. And if this is sort of, I guess, shift in perspective in terms of how years ago, everybody was saying China is going to be the big market, and then China slowly started to ban everything,

so then everybody kind of pulled back, and now they might be, I guess, open to it. Again, assuming Censoring and all these things don’t come into play too much,

but at the same time here, this, I think, guarantees a pretty good a haul for Wakanda Forever when it comes to making more money and maybe even possibly crossing the 1 billion mark. Again, China is a pretty big market. And yeah, they do take a good cut of the theatrical portion,

but again, it still adds a pretty nice sum of money to your total. So it’ll be interesting to see what happens with the marketing for this. Obviously, we’re going to cover it here, especially if some shady stuff happens, which I assume it will. But we’ll talk about that when we cross that bridge.

O’Neill. Until then, though, it’s good to see that I guess Marvel Studios is able to pull this one off. So maybe this bodes well for every upcoming project down the road.

Now, remember, they did that with Venom, too. Yeah, they did.